Workplace violence is an increasing concern in all care settings. Jails and prisons are full of angry people with poor impulse control. Correctional nurses need skills in deflating potentially violent situations in their clinical practice. They will need to deal with inmate anger. 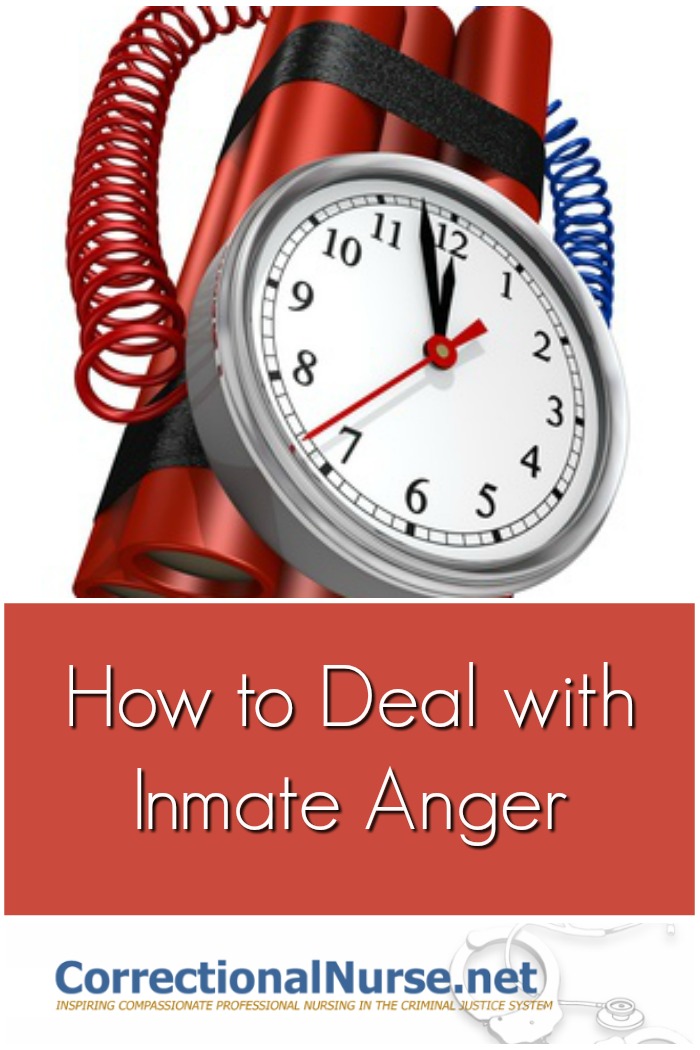 Preventing anger from escalating to violence is a primary tool to increase personal safety in this setting. The nurse’s demeanor in a nurse-patient interaction can diffuse potential anger from developing. A positive assertive presence can help reduce anger escalation in a tense patient situation. Being neither aggressive nor servile in responding to an angry patient has been shown to assist in keeping the situation from getting out of hand. Three possible types of responses to anger are aggressive, assertive, or servile. Aggressive and servile are on opposite ends of the spectrum and should be avoided, but it takes practice.

On the other end of the continuum, servile responses to anger are over-cautious. A servile response seeks to placate the angry person by seeming to do what they want. This can include making unrealistic promises or unreasonable concessions. A nurse might respond to anger in this fashion when feeling intimidated. This type of response can encourage an angry patient to escalate the anger further.

A positive, assertive stance is more likely to de-escalate an anger situation.  This response values the patient and aims to reduce fear. The nurse provides guidance to the patient about the situation, attempting to negotiate a workable solution. This can have a calming effect and lead to resolution.

How to Deal with Inmate Anger

Have you had to deal with an angry patient? Share your tips in the comments section of this post.

This month we are offering Heart and Lung Auscultation for the Correctional Nurse at a 50% discount.    Check it out!

Mr. Dukes, a gentleman with a “bump” in his axilla