In this episode, Lorry talks with Chris Cicuto, PharmD, Clinical Staff Pharmacist with Diamond Pharmacy. He presented a session on Drugs of Abuse: Not Always the Usual Suspects at the NCCHC Spring Conference on Correctional Health Care in Minneapolis on April 21-24, 2018.

A drug of abuse is one that is taken for non-medical reasons – usually to alter mood. Drugs of abuse will have sedative, euphoric, stimulant or dissociative properties.

One in five incarcerated people are convicted for drug offenses according to the Prison Policy Initiative and 50-85% incarcerated inmates have a substance abuse disorder. High rates of mental illness also lead to the use of mind-altering medications. 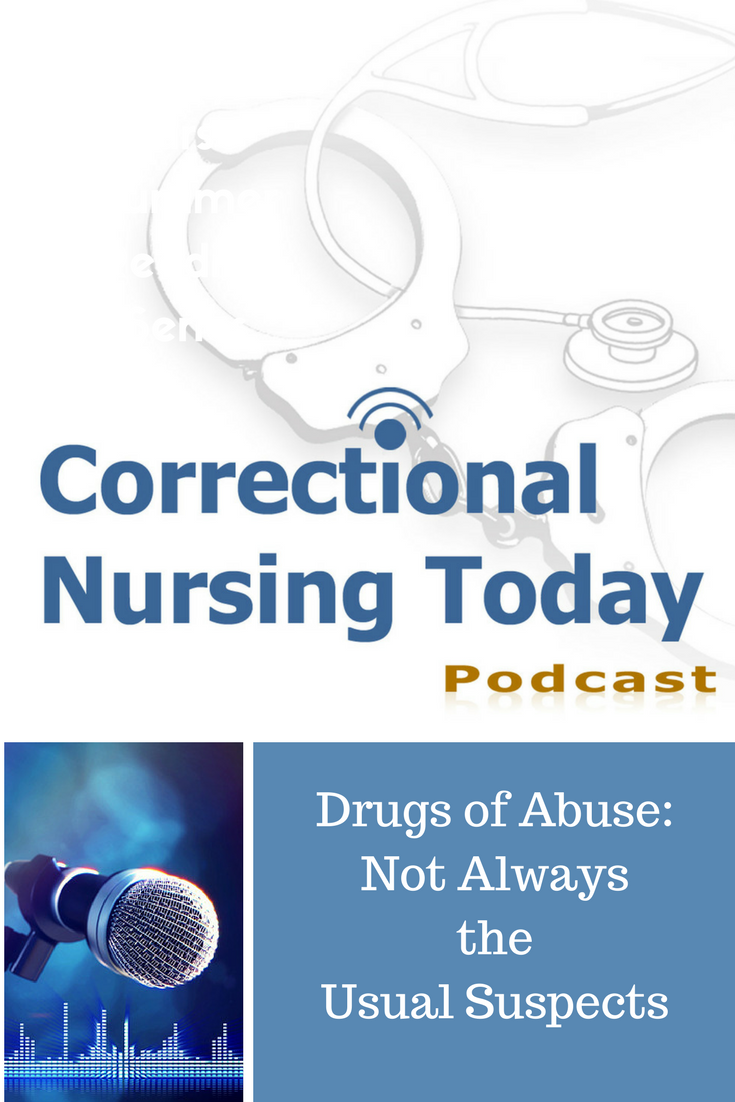 The most commonly abused drugs behind bars are those that are abused on the street such as heroin, cocaine, spice, benzodiazepines, oxycodone, or Xanax. There can be a strong underground market for these contraband items in a jail or prison.

In addition to the usual suspects, the following medication categories are often abused in correctional facilities.

Here are some patient behaviors that may indicate drug seeking.

Misused drugs in a facility can lead to drug toxicities, side effects, and interactions. Inappropriate routes of administration can lead to injuries such as nasal septal deformity. Therefore, decreasing the inappropriate use of medications is a part of health care practice.

Decreasing medication abuse starts with determining the scope of the problem. The problem should be confirmed through objective data. Action to reduce systemic drug misuse in a setting requires a team effort, involving medical, correctional, and administrative leaders.

Looking into formulary options to reduce the use of popular misused prescriptive medications can help, as can changing the formation or route of administration.

How about you? How do you handle drugs of abuse in your correctional practice? Share your thoughts in the comments section of this post.